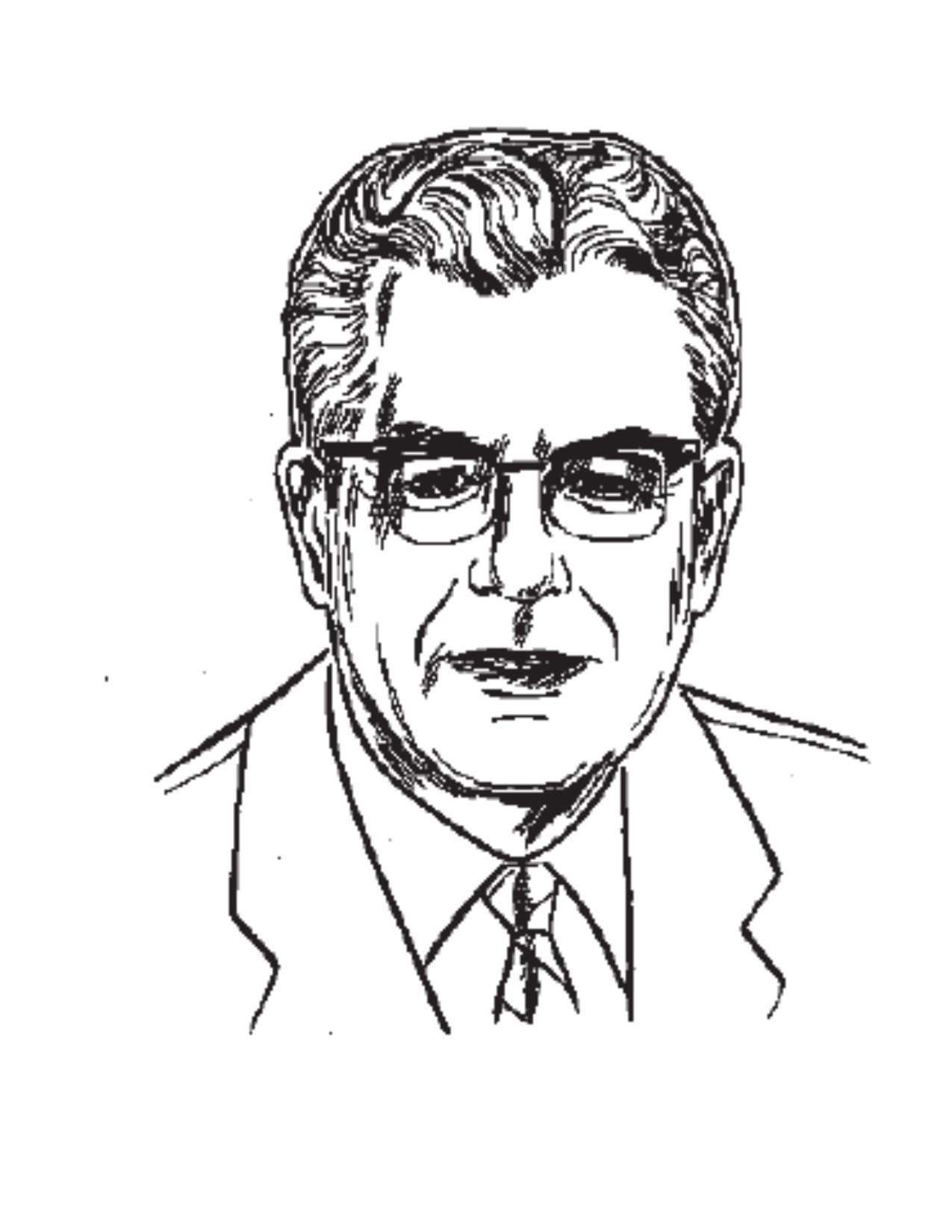 Alphonse “Bud” Monahan taught at St. Patrick High School from 1940 through 1950, with three years out to serve in the U.S. Navy. Besides teaching math, he was Athletic Director and football and basketball coach. Upon leaving St. Pats “Bud” entered the political arena and was elected Kankakee County Sheriff from 1950 thru 1954, and County Treasurer from 1954 through 1957. He then held various executive positions with the Correctional Department of Illinois. “Bud” Monahan was one of the most recognizable and respected men in Kankakee. He and his wife Marie have four children, Ed, Jim, Mike and Kathy. After Marie’s death Bud married Ruth who lives in Kankakee. Bud passed away on December 30, 1997.