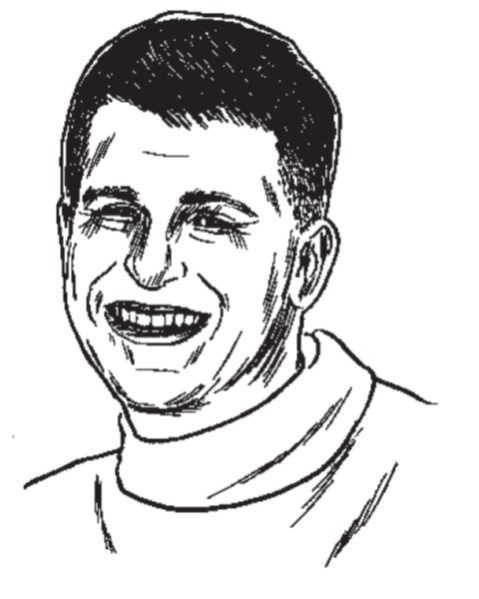 Ryan Beaupre was the epitome of what a McNamara student should be – a good student, a member of Student Council and exceptional track and cross country athlete, always with that smile for everyone. After graduating from Bishop McNamara in 1991, Ryan continued his education at Illinois Wesleyan and after graduation in 1995 worked at State Farm Insurance in Bloomington. But Ryan’s dream had always been to be a pilot and in 1997 he joined the US Marine Corps. Ryan was one of the first casualties of the war in Iraq when his helicopter went down in March 2003. Ryan was 30 years old. In his honor, Ryan’s family and friends established the Ryan Beaupre Scholarship Fund for McNamara students. Ryan’s family includes his mother and dad, Mark and Nicky Beaupre and two sisters Alyse and Kari and brother Christopher.