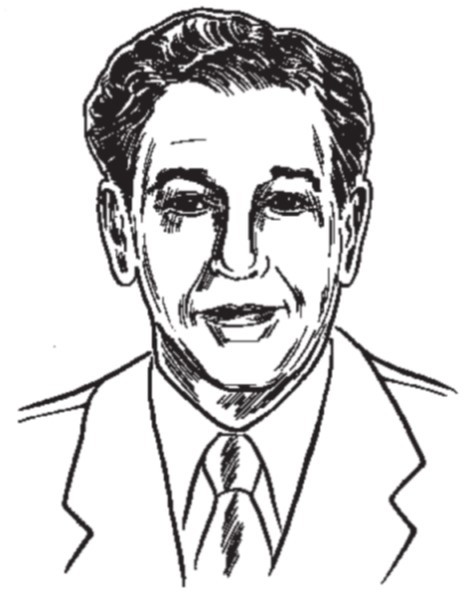 For over forty years “Doc” Baldwin was the “voice of the Irish”, announcing St. Pats/Bishop McNamara football games from 1949 through 1990, and was the official scorekeeper for McNamara basketball. He was an area Podiatrist for 42 years, and during that time served as President of the Illinois Podiatric College Education Foundation. Dr. Baldwin treated high school and KCC athletes with foot and ankle injuries free of charge. “Doc” was inducted into the Illinois Basketball Coaches Association Hall of Fame as a “friend of basketball” in 1975. All four Baldwin children are graduates of Bishop McNamara, Margaret in 1968, Mary in 1969, Timothy in 1972 and Patrick in 1976. Their granddaughter Margaret graduated in 2002. “Doc” Baldwin passed away in 2001 and his wife Dorothy in 2007.