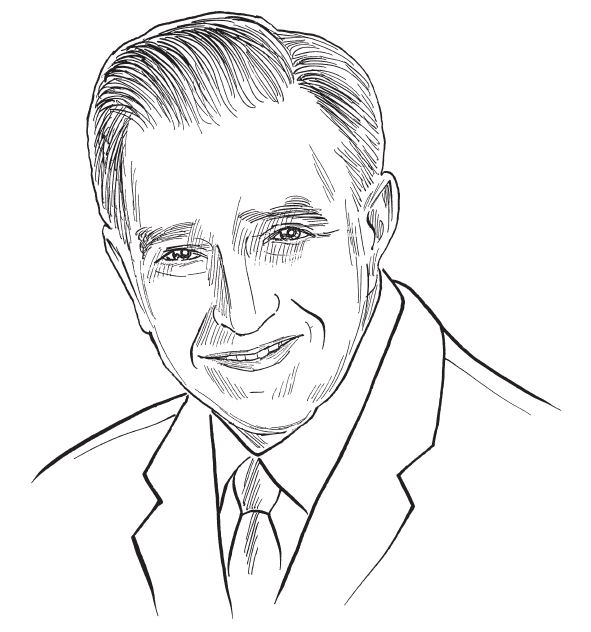 Edward “Ed” Billadeau is a 1942 graduate of St. Patrick’s High School. He loved St. Pat’s and considered himself to be a “relatively good student” who loved math and fell in love with construction and woodworking his senior year. He was a member of the Kankakee area’s “Young People’s Club” (a club made up of young Catholic high school graduates back in the ‘40’s) where he forged lifetime friendships that deepened as many went off to war and where he met his wife, Margaret Benoit, St. Pat’s class of 1945. As members of St. Patrick’s Parish in Kankakee, they raised six children. Ed was an officer of the men’s Holy Name Society, was the school’s Parent Teacher Association treasurer, and a Cub Scout Master. He was a member of the School Board and also served on the Parish Board. He ushered at St. Patrick’s Church for almost 40 years, was a board member for the Catholic Youth Organization (CYO), and was a 4th degree member of the Knights of Columbus. As their six children entered St. Patrick’s Central and Bishop McNamara High School, Ed’s parental involvement continued. He became the president of the Band Boosters, was a Huddle Club officer, and served on Bishop McNamara’s School Board. Ed volunteered for events such as the Garage Sales, Bingo Nights, and Madcaps… to name a few. All six children are Bishop McNamara graduates; Tom ’68, Patty ’70 (deceased in 2013), David ’72, John ‘74, Janet ‘77, Greg ‘81. Ed passed away in April 2009.