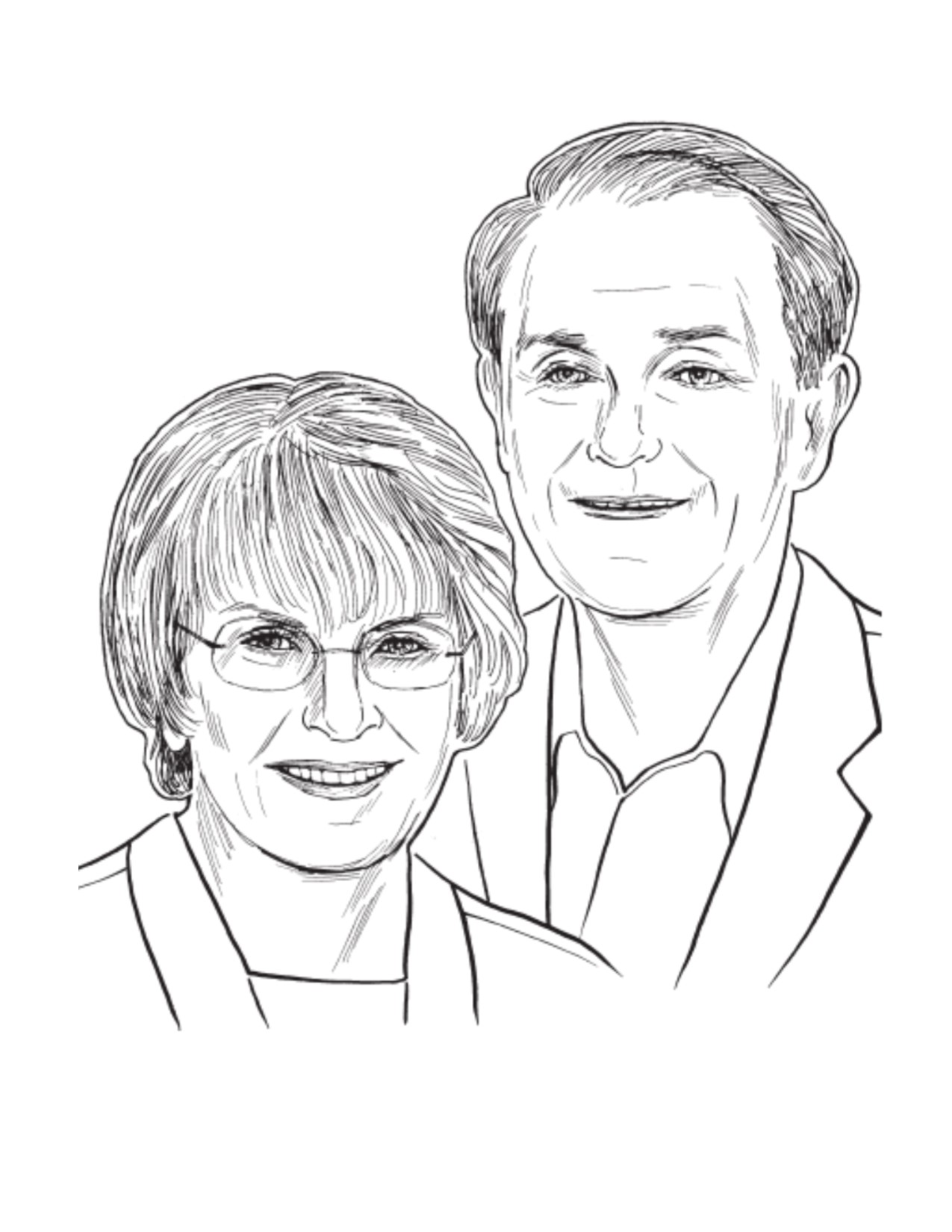 Smitty graduated from St. Patrick Central in 1960. After college and marriage, Smitty returned to Manteno with his wife Jean to run his father’s business. Over the years Smitty and Jean have been vitally involved in every phase of McNamara including School Board and Huddle Club as well as Madcaps and the Annual Auction. In 2001 Smitty served as co-chairman of the 2001 Capital Campaign which raised $2.5 million. Smitty has served on the Board of Directors of Manteno State Bank, now HomeStar Bank. Once their four children were grown, Jean worked for the Illinois Attorney General’s office. When the State of Illinois closed Manteno State Hospital in 1980, Smitty led the effort to develop the vacated facility into the Illinois Diversatech Campus which today brings thousands of jobs to the area through the businesses stationed there. Smitty and Jean assist with the operation of his brother Denny’s Foundation which provides approximately $30,000 annually to Mac students. All four of their children are Mac graduates, William in 1984, Pam ’85, Michael ’89 and Kelly Smith Halley ’95.