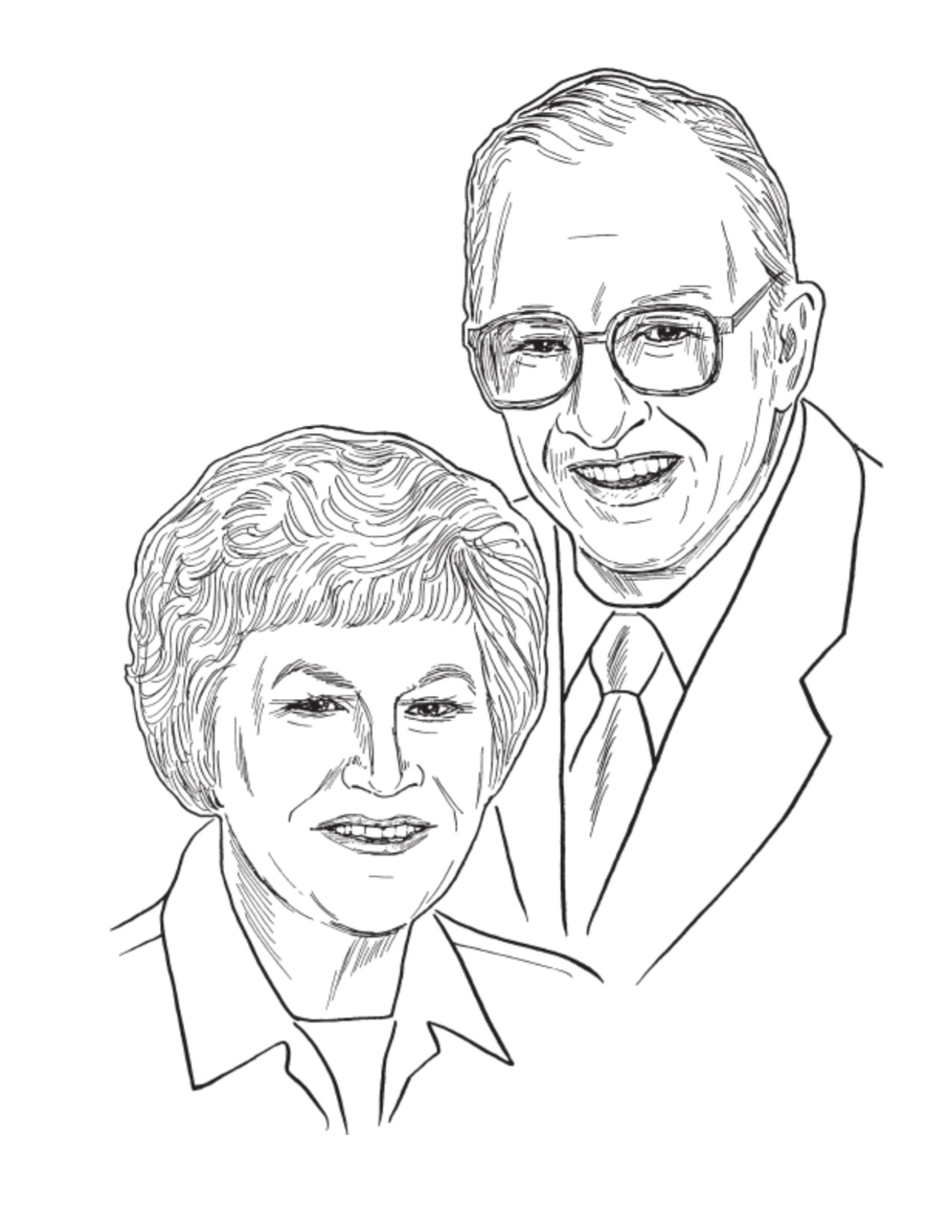 For twenty-five years, 1966 through 1991, Jim and Leona had children attending Bishop McNamara High School, and grandchildren attend to this day. They were tireless workers

for McNamara, supporting the Football Pig Roast, Madcaps, Annual Auction, and Ceile Calendar program. Jim graduated from St. Patrick High School in 1946, where he lettered in sports and was starting quarterback for the football team. He was a World War II veteran. Leona was a top Avon salesman, and worked in Mac’s cafeteria for twelve years. In 2005 she was named Grand Marshal of the Homecoming parade. Jim and Leona were active in St. Joseph Parish and attended daily Mass. Jim passed away in 2004, and Leona in 2007. Their children have established the Jim and Leona Worby scholarship for Mac students. Their eleven children are Michael class of 1969, Christine ’73, Colleen ’74, Marsha ’75, Michelle ’77, Marian ’82, Carolyn ’83, James ’85, Joyce ’87 Jason ’91, and Marty. Nine grandchildren have graduated from McNamara, and two presently attend.