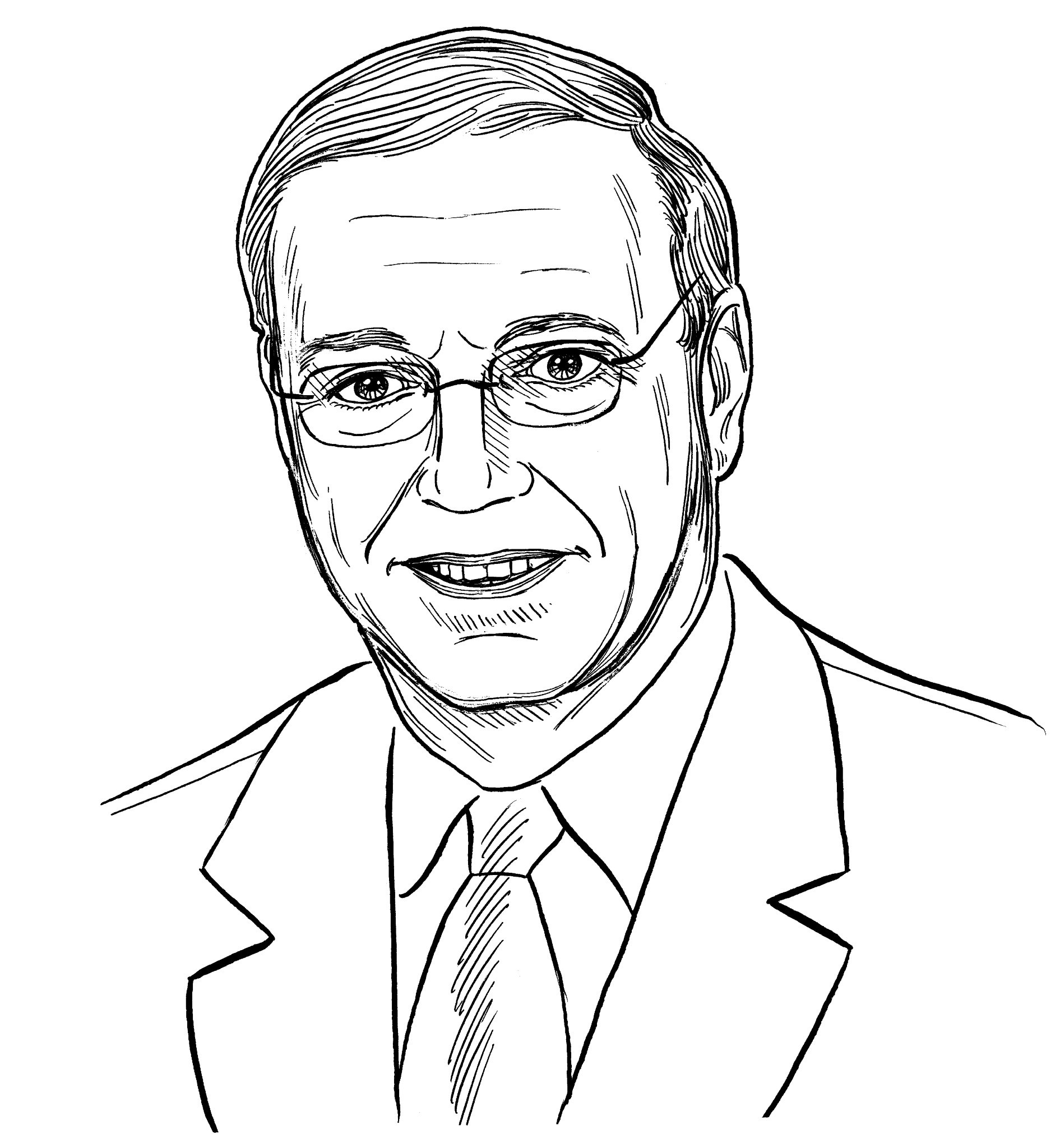 Jim’s entire teaching and professional career was at Bishop McNamara High School. He came to McNamara in 1965 and was hired to teach English. During the span of his career, he worked as the guidance counselor, dean of students, head football coach (1968-71), head track coach, assistant basketball coach, assistant principal, principal (2000-07), and president (2008). After 44 years of service to McNamara, Jim retired in 2009. In 2012, Jim and Vicki Veronda Laurenti ’62 were honorary chairmen of the annual dinner auction. Jim is largely responsible for the implementation of our Dorothy and Romy Hammes Hall

of Honor. With much effort, planning, and diligence, in 2008, Jim began the process to ensure the Hall of Honor would come to fruition. With the support of Dorene and Jerry Hammes and the Irish Alumni Association, the Hall of Honor was established. During Jim’s tenure as principal, he oversaw a very successful $2.6 million capital campaign. As a result, major infrastructure repairs and institutional advancement helped secure McNamara’s future. The McNamara Foundation Board was created under his tenure and he remains active as a member of this committee today. Jim thoroughly enjoyed his time at McNamara as his quote upon retiring was, “I always looked forward to going to work each day.” Jim dedicated his entire career to McNamara and was a true leader. He was passionate about what he did day in and day out. Jim has been a longtime member of St. Joseph Church, in Bradley. He has served on the St. Joseph Parish Council and the St. Joseph School Board, as president. Jim has supported our community by serving on the YMCA Youth Sports Board, the IHSA Board, the Little League Board and also as a little league coach. He and his wife, Vicki, whom he met at McNamara, have raised six children…Rob, Angela ’93, Ryan ’97, Jonathan ’98, Michael ’01, and Kelly ’05. In addition, they have 14 grandchildren.