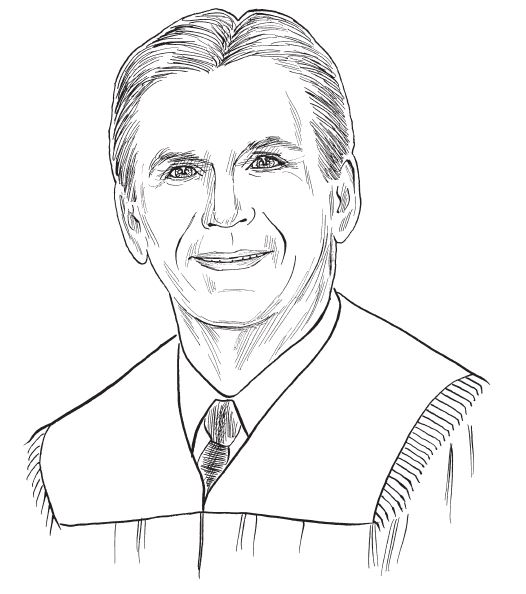 Judge William “Bill” Schmidt is a 1968 graduate of Bishop McNamara High School. He graduated in the top 10% of his class. While a student at Bishop McNamara, Bill was a three sport athlete. In football, he was an All-Conference and All-State nominee; in basketball, he held numerous career and season scoring records; in baseball, he was a leading hitter on the Sectional Championship team and was named Athlete of the Year. Bill is married to Patricia and they have four daughters. They were members of St. Patrick’s Parish in Kankakee and their girls attended St. Teresa and St. Patrick Grade Schools. While at Bishop McNamara, all four Schmidt girls played basketball. Bill was the Assistant Girls Basketball Coach from 2002-2004. During his coaching tenure, they advanced to the Final Four and Elite Eight State Tournaments. Bill was also involved in the local community acting as an officer for the American Red Cross. He was a school board member at St. Patrick and St. Teresa Grade School and was on the Board of Directors of the Kankakee Kiwanis Club. Bill was a member of the founding group that established the Kankakee County Drug Court Program. He served as Associate Judge for the Twenty-First Judicial Circuit from 2001-2010. Bill and Patricia recently made their home in Colorado where all of their daughters currently reside. All four are graduates of Bishop McNamara; Jessica ’99, Allison ’01, Claire ’06, and Laura ’08.