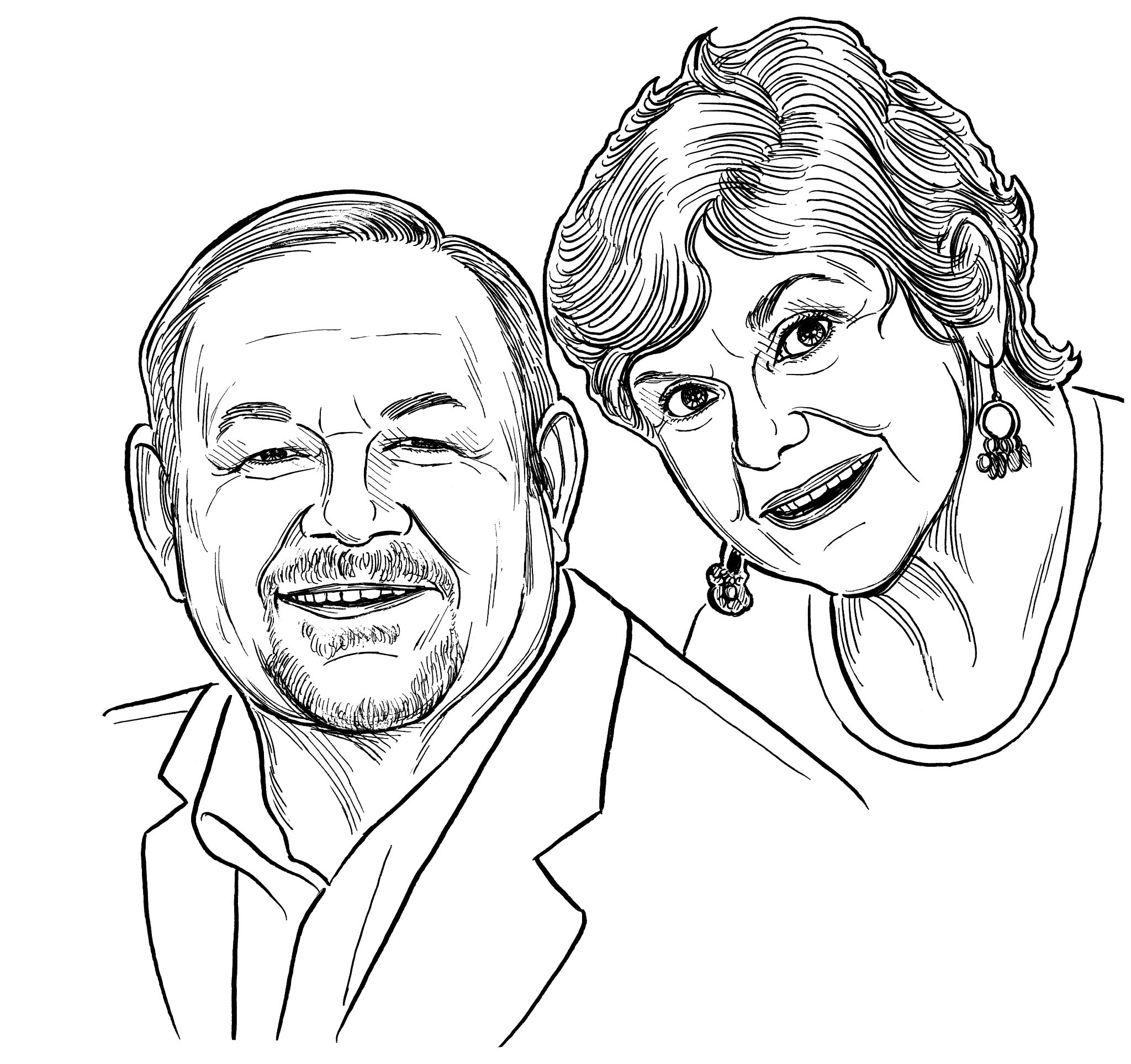 Pat and Madelyn O’Brien have been stewards of their faith to Bishop McNamara by being active parents and loyal supporters. They have helped to ensure current and future students are able to enjoy a McNamara education. While their sons, Michael ’92 and Dennis ’94, attended high school, they were especially devoted to McNamara’s annual dinner auction. They served as chairmen in 1990 and 1991. Pat and Madelyn were instrumental in developing and supporting the Smith Family Challenge as part of Bishop McNamara’s successful capital campaign in 2001. Most recently, their support for Bishop McNamara has been through the Dennis J. Smith Foundation, which provides scholarships to McNamara students who may not otherwise be able to attend our school. In August of 2015, McNamara’s new campus ministry room was dedicated to Patrick and Madelyn O’Brien. Pat began his career as a municipal administrator for communities in Michigan and Iowa. He joined HomeStar Bank (formerly Manteno State Bank and Bradley Bank) in 1978 and served there his entire career. He served as Chief Executive Officer at HomeStar Bank & Financial Services at the time of his death earlier this year. Under Pat’s leadership, HomeStar has grown, expanded its service lines, and created an education foundation to provide scholarships to local students. Pat was recognized in the community banking industry for his vision, leadership and support. He also proudly led the HomeStar Harmonizers singing group, which regularly stops by Bishop McNamara to spread holiday cheer by performing Christmas carols. Pat and Madelyn have served our community as well, supporting local schools along with charitable and civic groups. Madelyn served on the board of directors of the Riverside Medical Center Foundation and the Hospice of Kankakee Valley. She is a lector at St. Joseph Church in Bradley. Pat was an elected trustee for the Bourbonnais Public Library District and a supporter of the Bradley Bourbonnais Chamber of Commerce, the Manteno Chamber of Commerce, and the Kankakee Valley Symphony Orchestra. Pat and Madelyn were both products of Catholic education and have lived their lives according to their Catholic faith. Both of their sons attended Catholic high school, college, and graduate school.