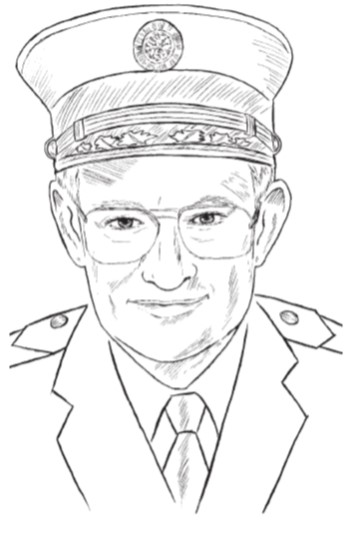 Roger Regnier graduated from St. Patrick High School in 1942. In 1946 he started as a rookie on the Kankakee Fire Department. Over the course of thirty-seven years, he worked himself up the ladder of command, and in 1975 he was named Chief, a position he held until his retirement in 1983. Roger was instrumental in establishing the KCC Fire Science Program, and in 1973 he helped the Kankakee Fire Department establish one of the first paramedic programs in Illinois. While Roger and Celeste’s daughters were students at Bishop Mac, Roger at one time or another chaired most fund-rising activities. He served on the Irish Alumni Association Board and founded the Sister Mary Luke Scholarship at our school. Roger passed away in 1994. His three daughters are Irish Alum, Mary Blankenstyn 1968, Susan Surprenant 1972 and Barbara Decker 1974 as well as grandchildren Kyle and Korey Decker. His wife Celeste lives in Bourbonnais.